Sunday at The Hawthorns, as West Brom host Liverpool in the Premier League.

With a League position of fifth, Liverpool will be 14 places higher than struggling West Brom, when they visit The Hawthorns.

Sam Allardyce will know at the end of this next match, whether West Brom’s season is back on track, having lost their last fixture and drawn against Wolverhampton Wanderers before that.

Sam Allardyce may ponder the reasons why his West Brom team are struggling at the bottom of the table this season. But 10 defeats out of the last 20 games, should be all the analysis that he really needs. They currently sit in nineteenth place, with a total of 26 points having won five fixtures, drawn 11 matches, and lost 19 meetings.

When West Brom host Liverpool, they will do so on the back of three wins and six darts on their own ground.

West Bromwich Albion will have secured 29 points so far this season, should they secure a win.

It was three points secured for Liverpool in their last fixture, beating Southampton 2-0 at Anfield.

With 60 points, they currently sit fifth in the League having won 17 matches, drawn nine meetings, and lost nine games.

Liverpool’s away record is remarkable and poses a significant threat to West Brom. In the 16 games they’ve played on the road this season, they have so far won seven fixtures, drawn six games, and lost three matches.

A victory for Liverpool would put them on 63 points.

This has been a good season so far for Liverpool, in terms of goals scored (61). This season, their stand-out attacking players have been Mohamed Salah (18), Sadio Mane (9), and Diogo Jota (8). Liverpool have conceded 41 goals.

Liverpool’s squad will likely be depleted of eight of their key players when they start on Sunday, due to injury or illness.

The recent form between these two sides has seen Liverpool with a greater number of wins. In the last 27 meetings, they have enjoyed 15 wins, to West Brom’s five victories. In addition, Jurgen Klopp’s side are now un-beaten in nine meetings against West Brom. Their most recent encounter in this competition was December 2020 and the score line ended up with a 1-1 draw.

For West Brom, Matheus Pereira has netted
10 goals and provided one assist in 35 League games this season, while Mohamed Salah scored
18 goals in 34 League fixtures this campaign for Liverpool.

Other players of note for West Brom are Callum Robinson and Kyle Bartley with goals each} and for Liverpool are Sadio Mane and Diogo Jota with nine goals and eight goals respectively. 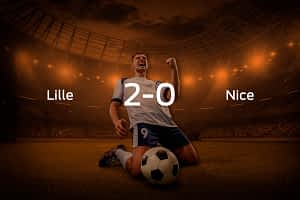 Lille 2-0 Nice: Visitors leave with nothing, as Lille secure 2-0 home win against Nice

Stalemate at José Zorrilla, as Real Valladolid draw 2-2 with Elche

Both Real Valladolid and Elche will take positives from a share of the points, following a 2-2 draw 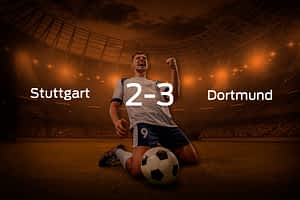 Stuttgart 2-3 Borussia Dortmund: The Reds fail to stop visitors as The Black and Yellows seal the victory

Home advantage counts for nothing, as Dortmund travel to Stuttgart and take all three points 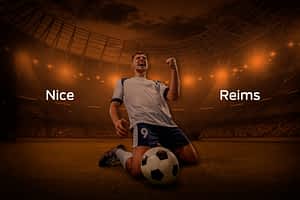 Bordeaux 0-3 Monaco: The Red and Whites blaze past The Girondins, scoring 3 at the Matmut Atlantique Stadiums without reply