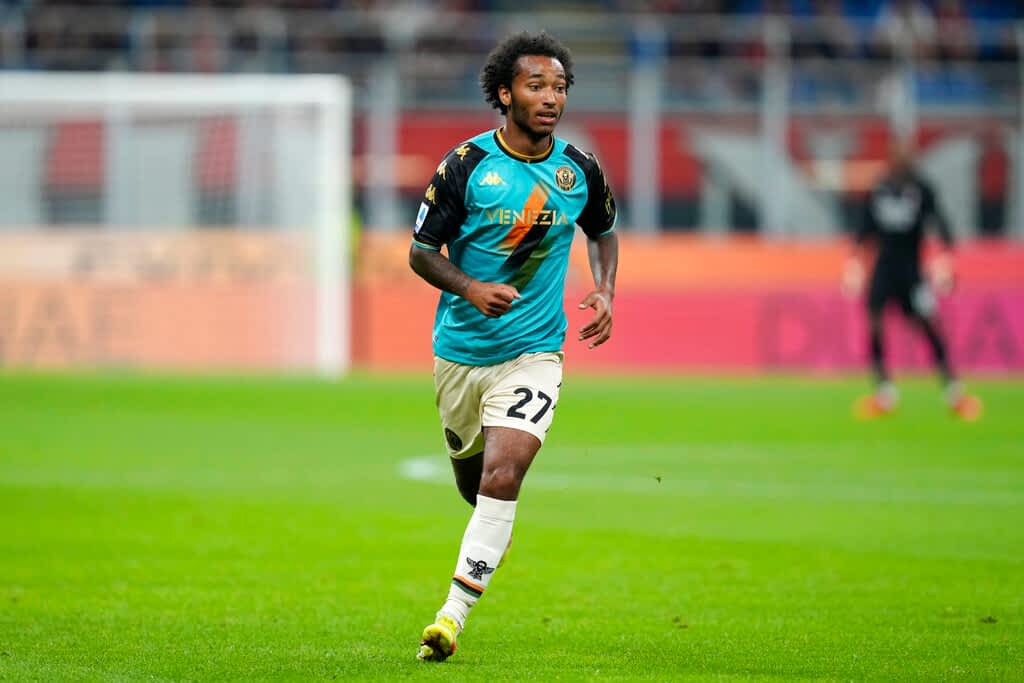 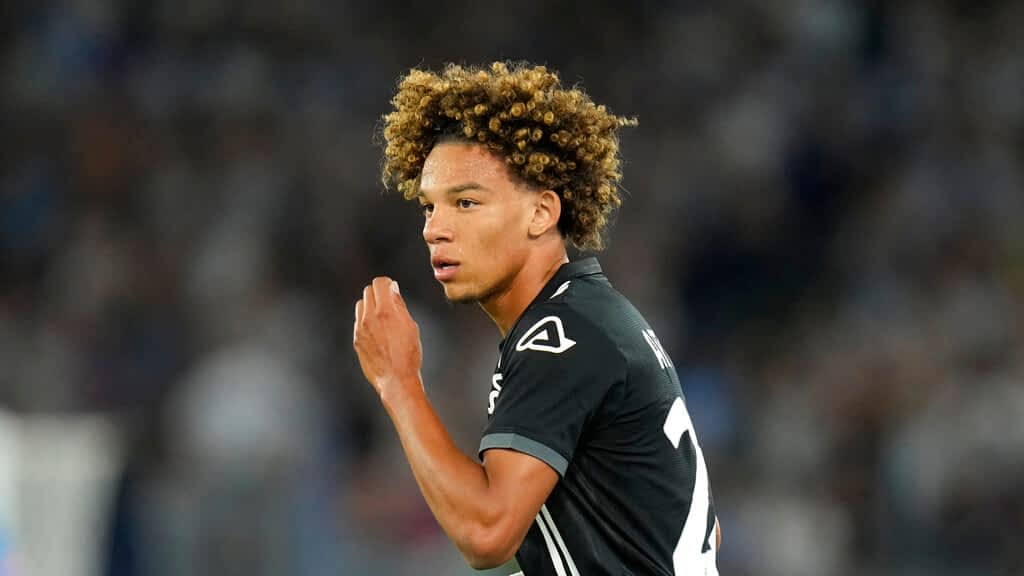 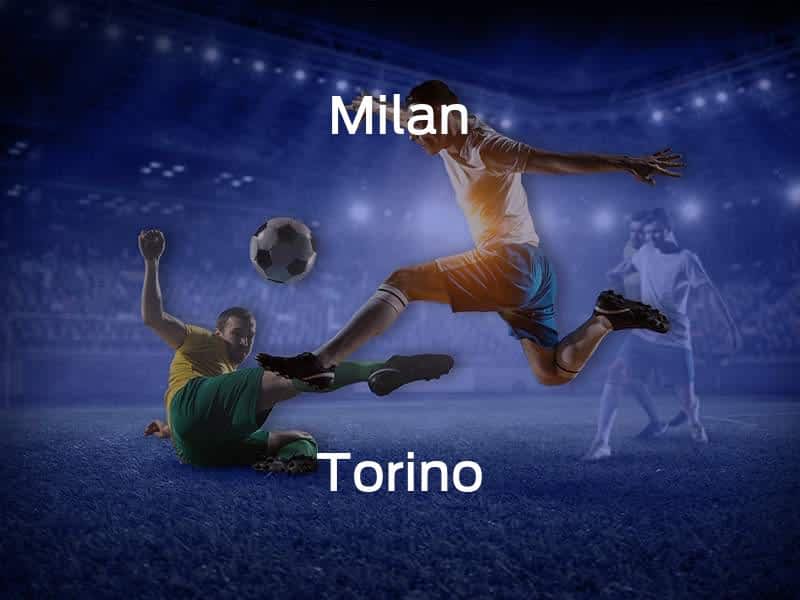 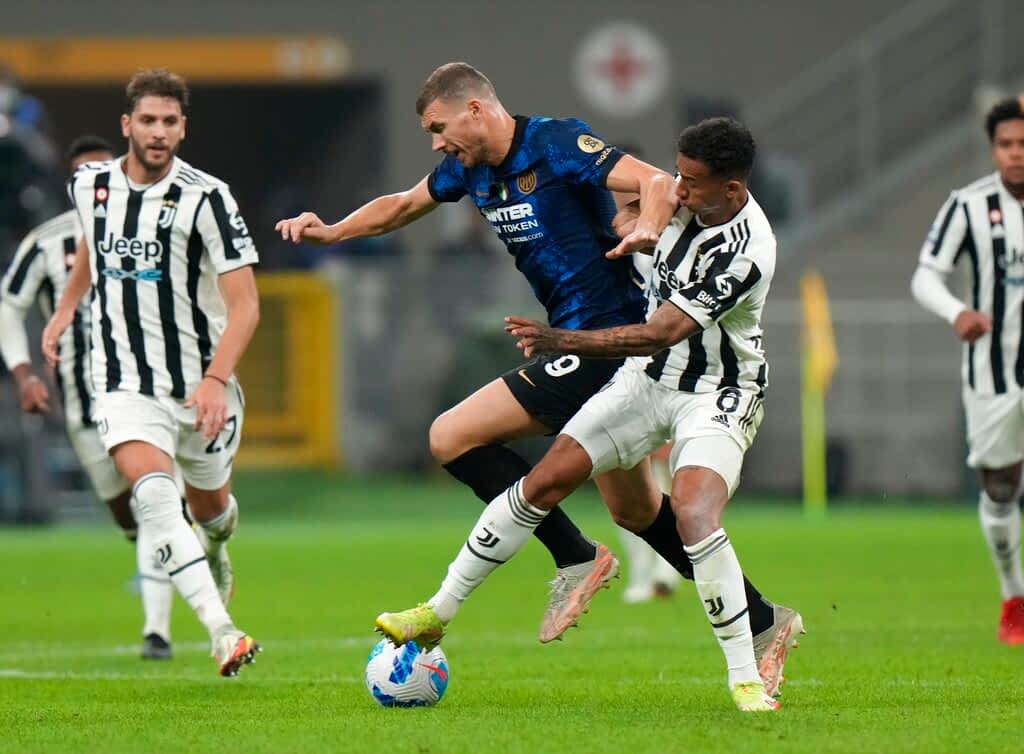 Both sides left looking for positives as Inter versus Juve, ends in a 1-1 draw 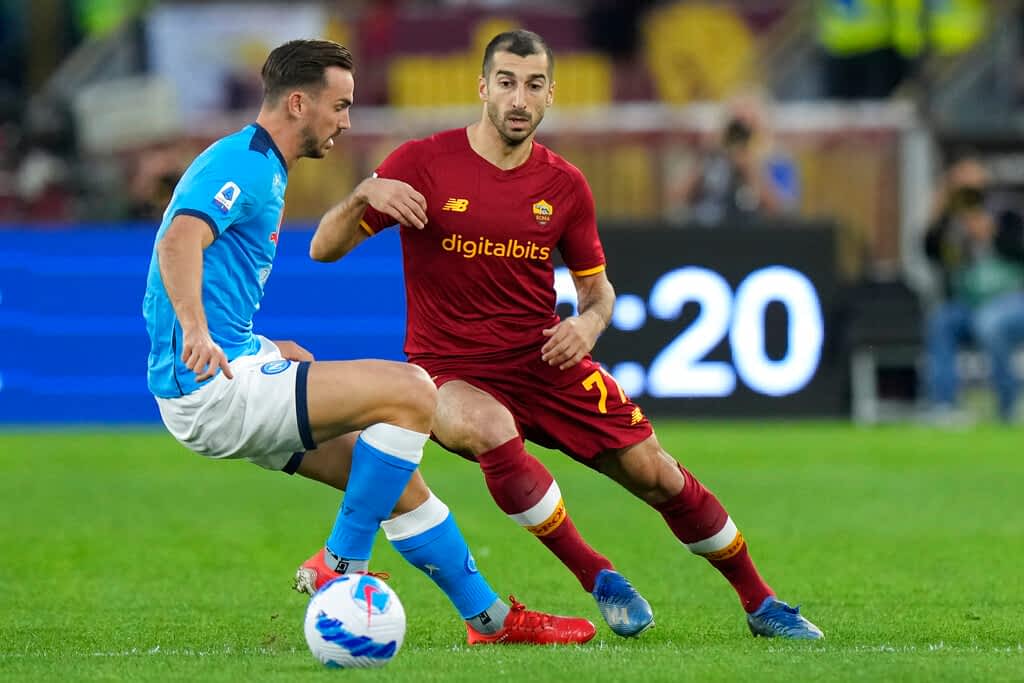 Roma failed to secure all three points at home against Napoli 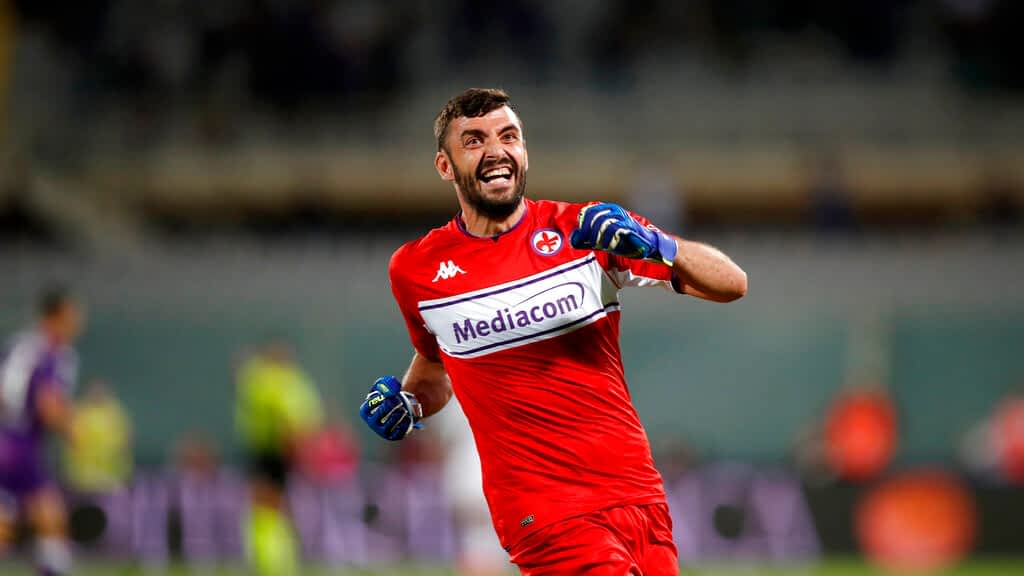 Walter Mazzarri’s squad travelled to Fiorentina on Sunday, but came away with nothing as Fiorentina take the points 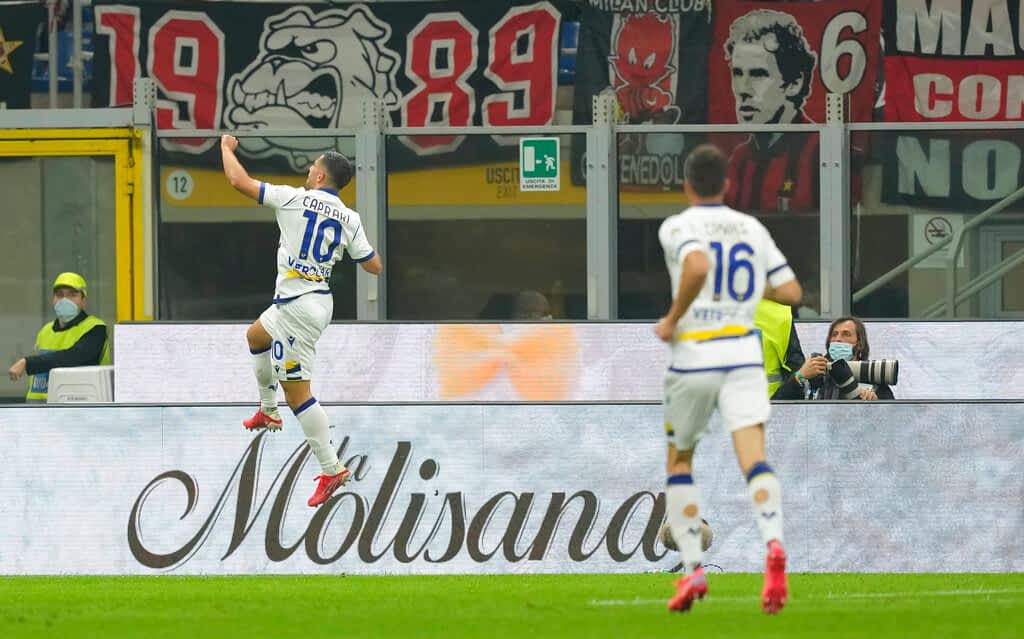 Maurizio Sarri’s squad travelled to Verona on Sunday, but came away with nothing as Verona take the points 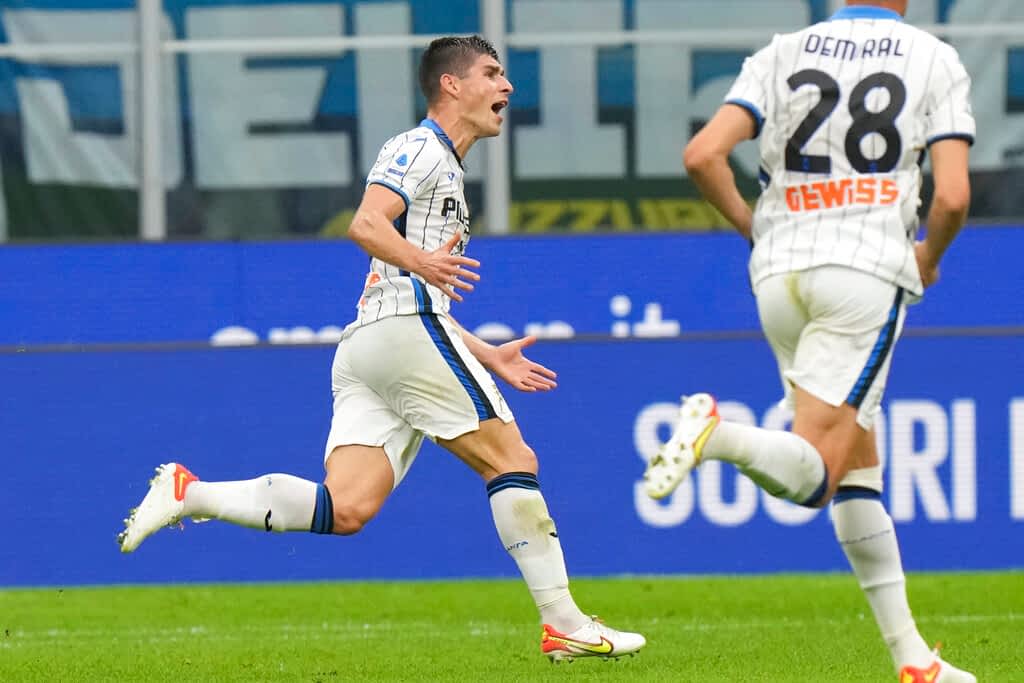 Both Atalanta and Udinese will take positives from a share of the points, following a 1-1 draw 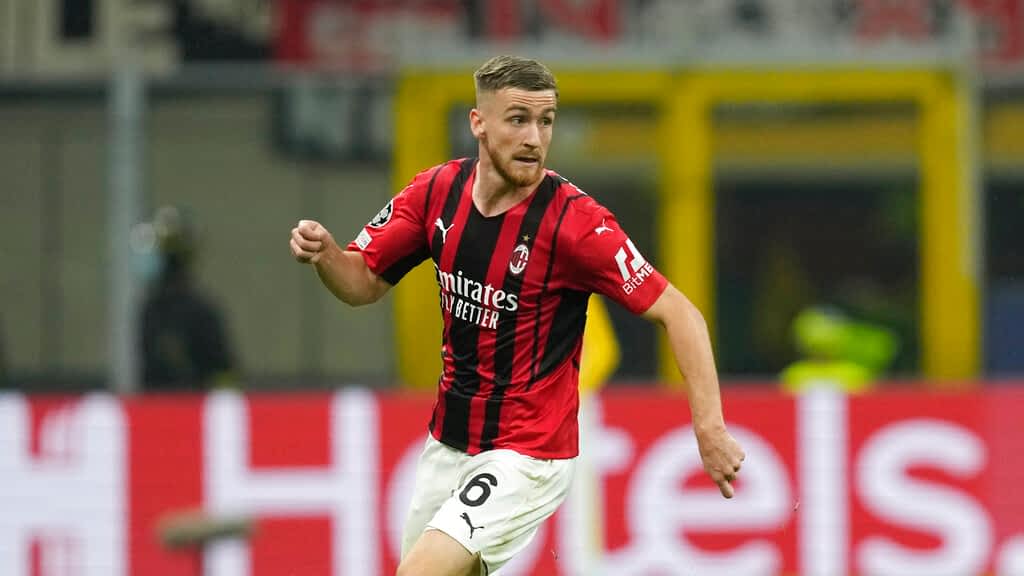 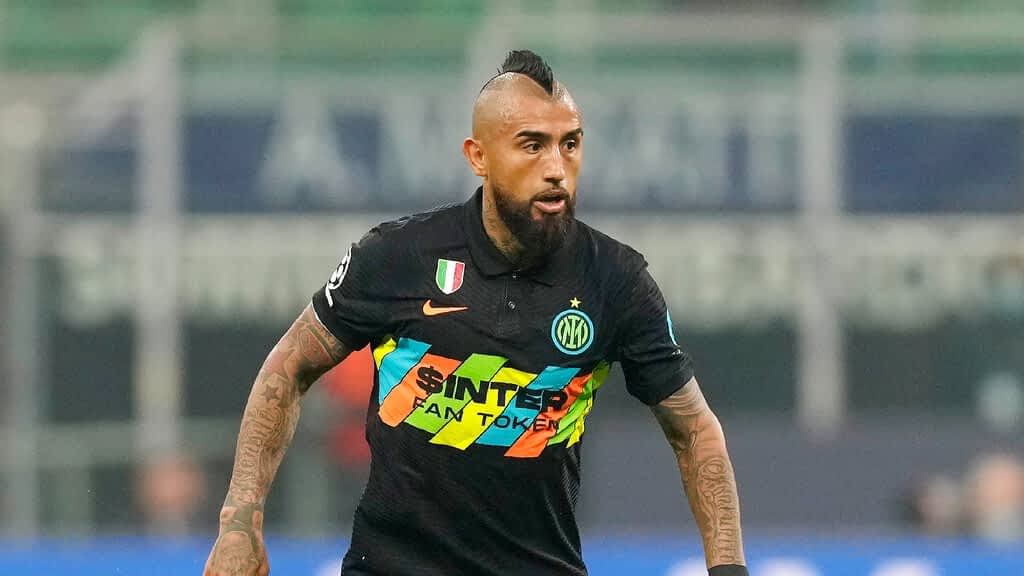 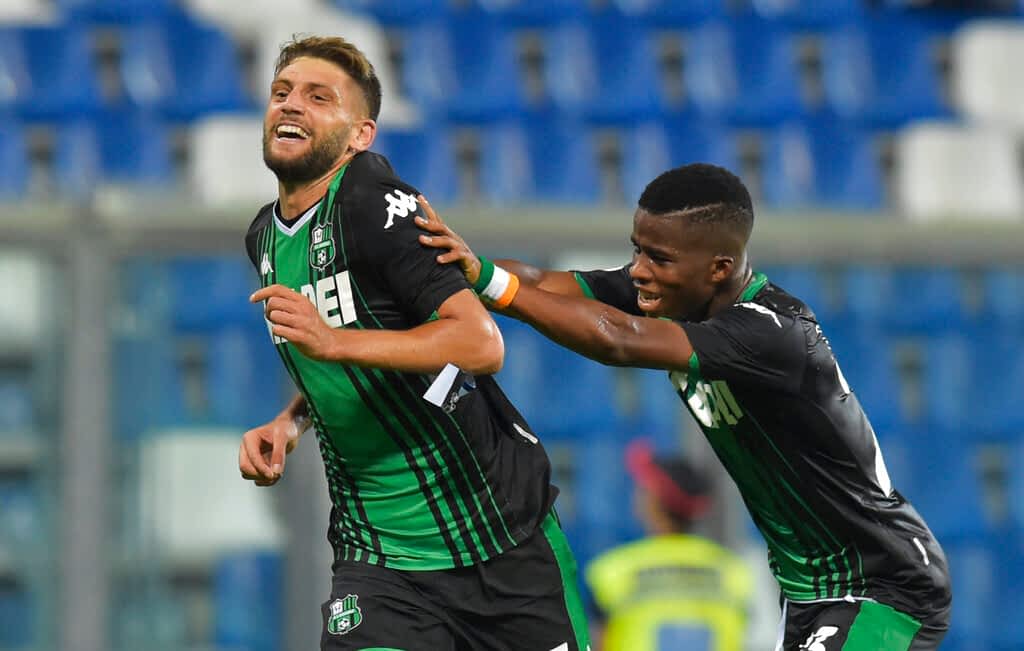 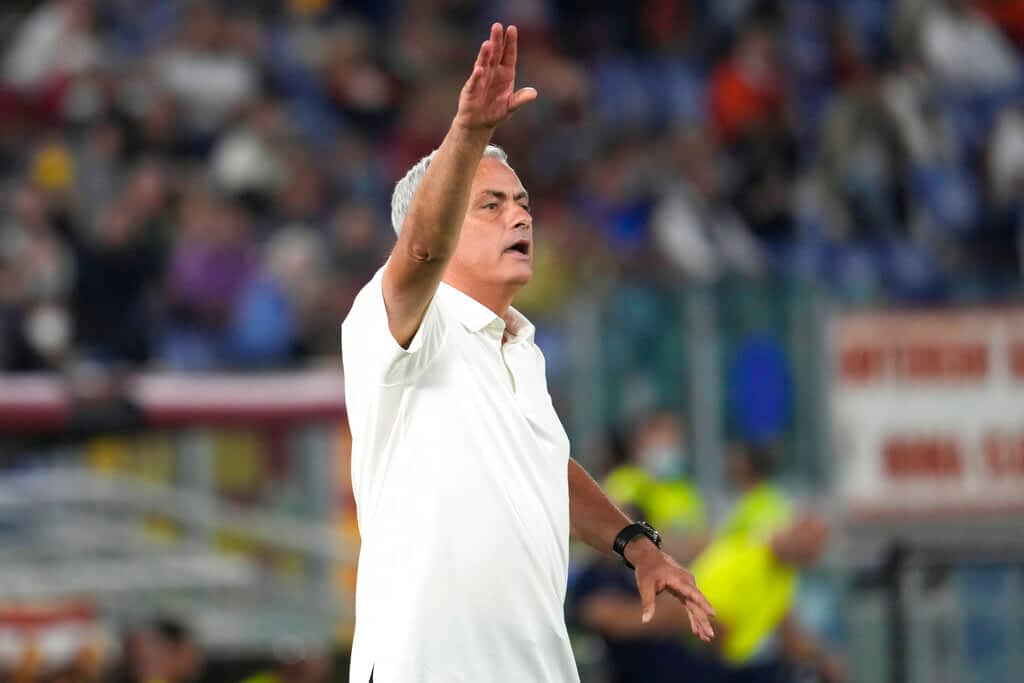 Serie A Action at the Stadio Olympico – Roma face Napoli 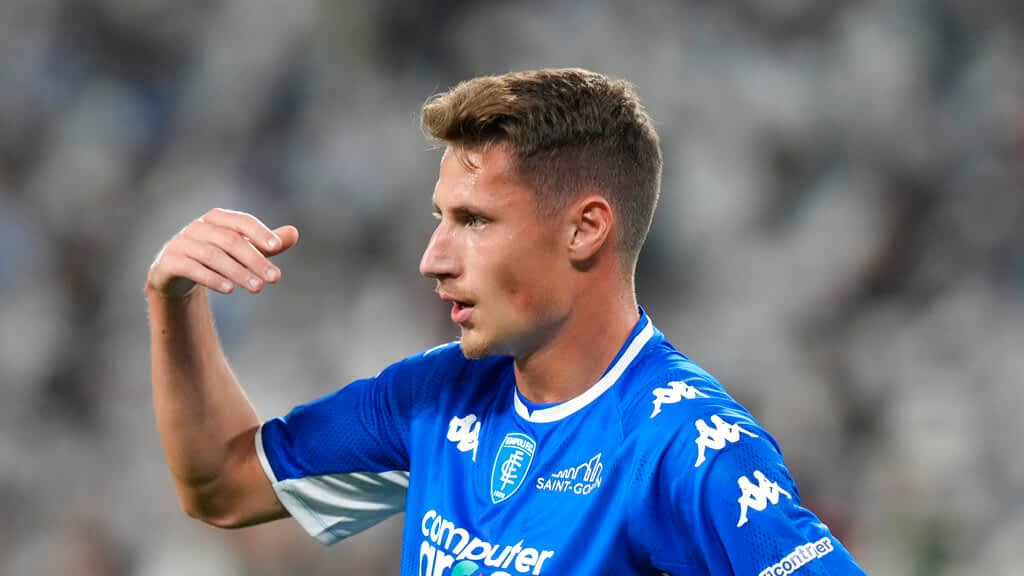 Salernitana 2 – Empoli 4: No home advantage for granate as Azzurri win 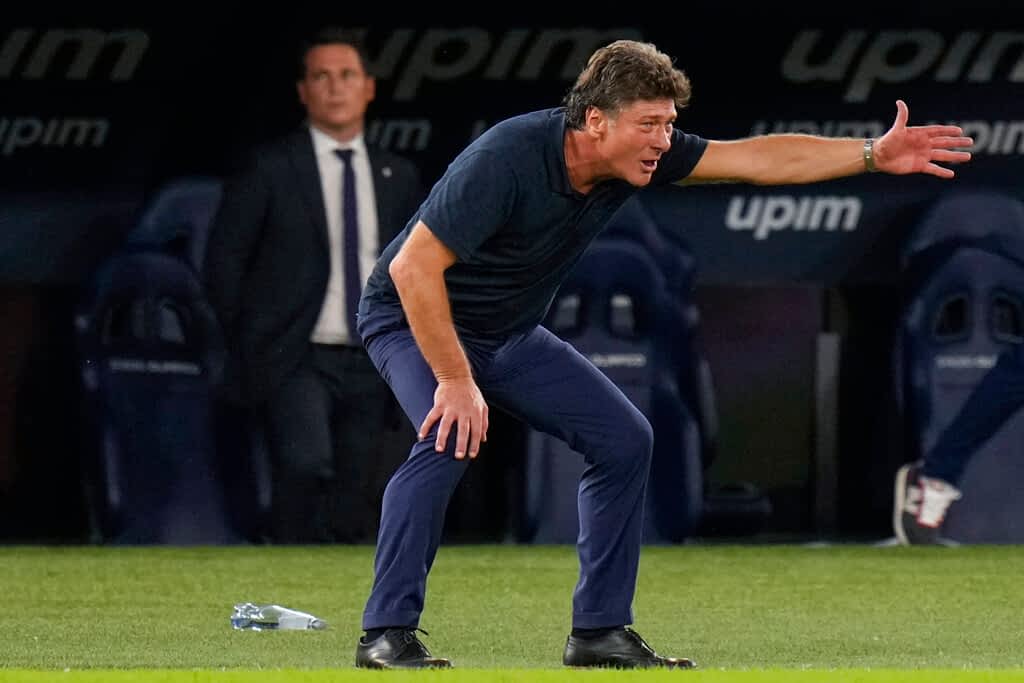 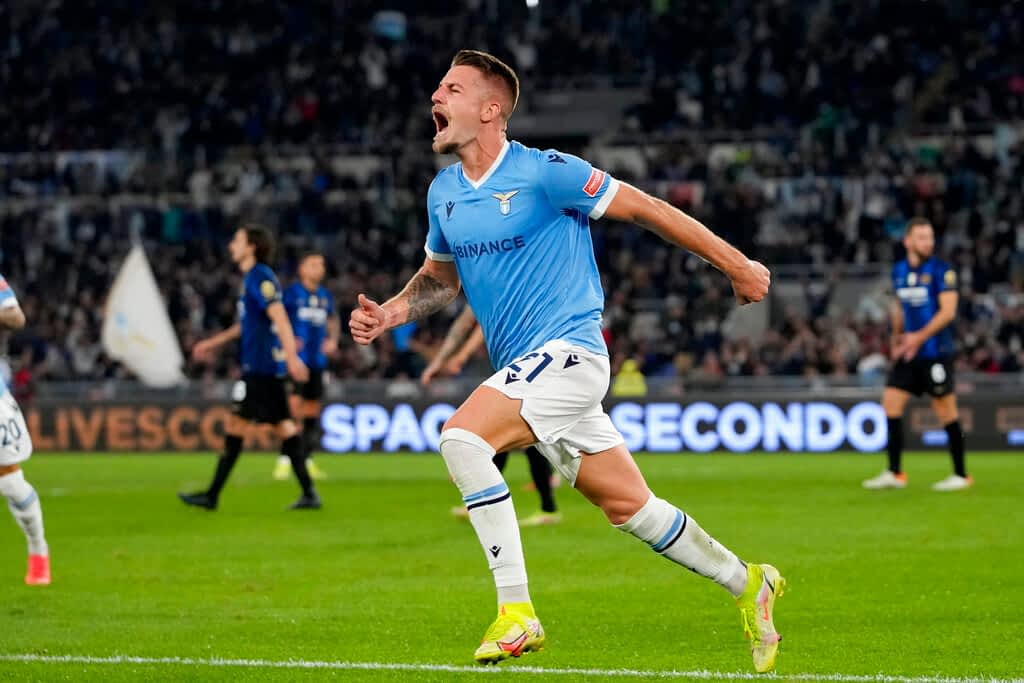 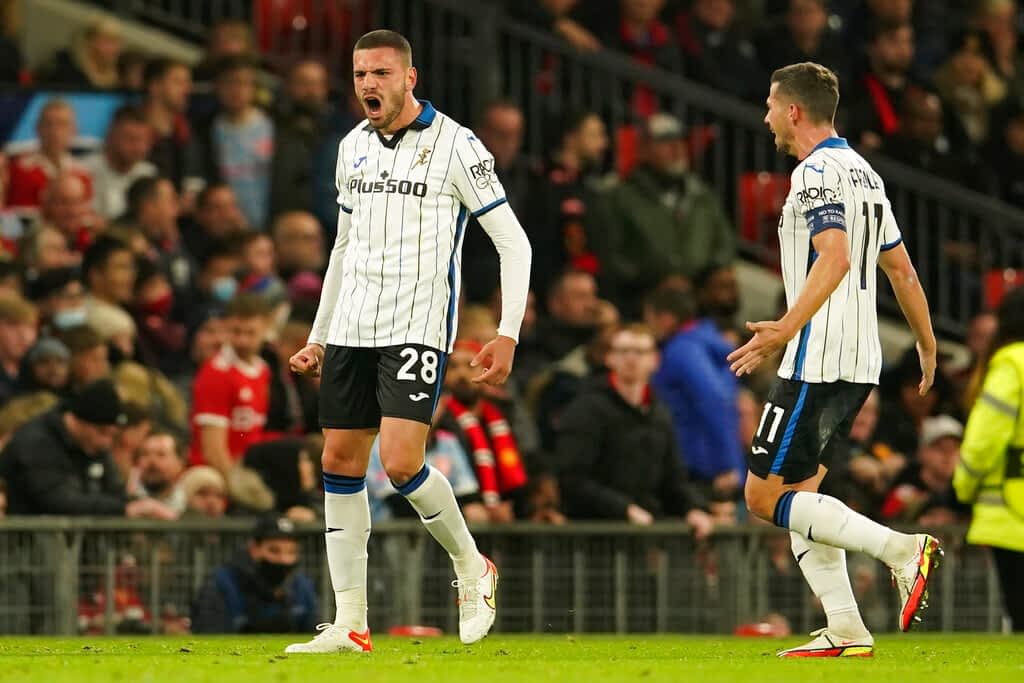 Serie A – Atalanta take on Udinese 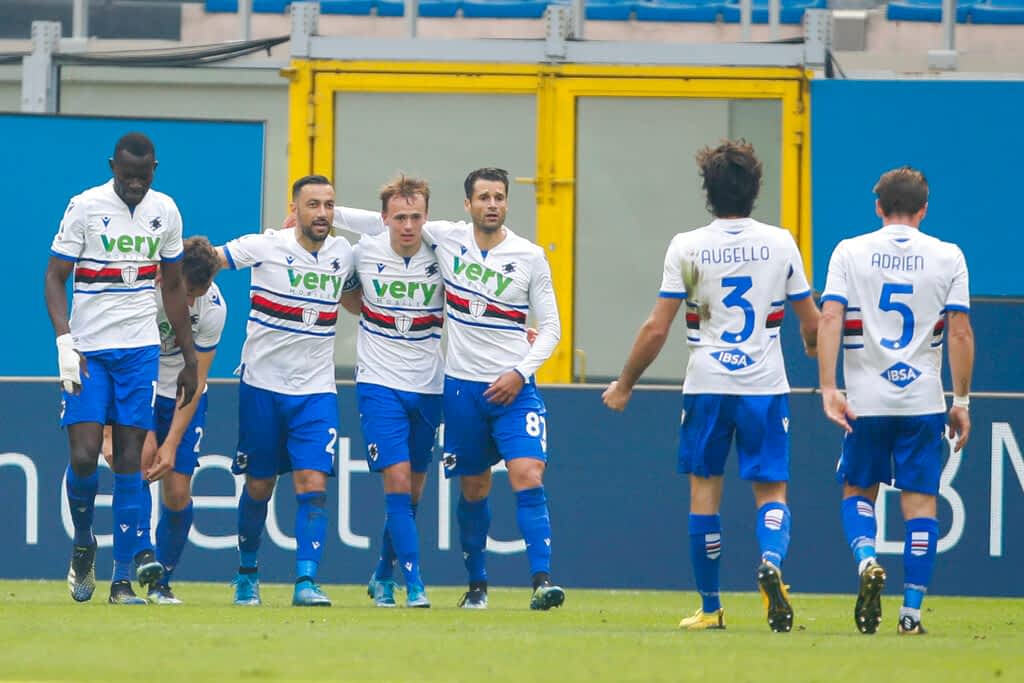 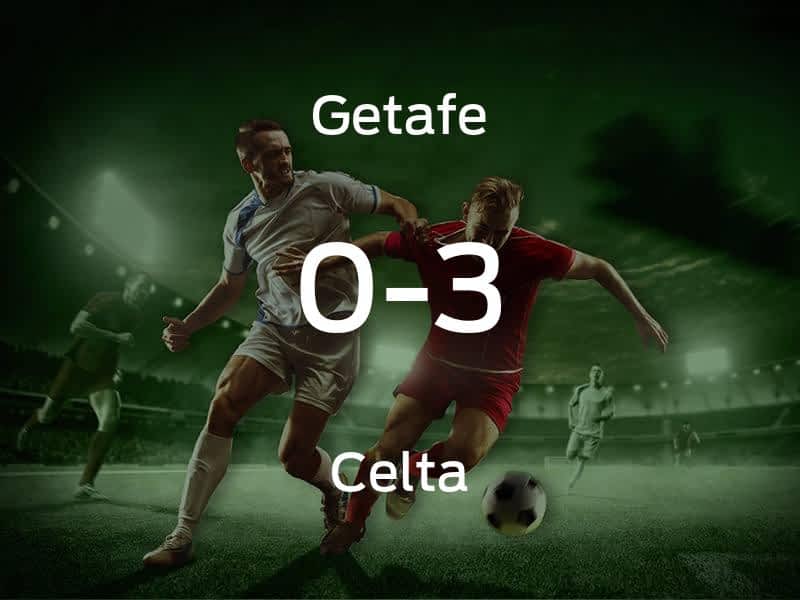 Getafe 0 – Celta 3: The Sky Blues steal the show at the Coliseum Alfonso Perez 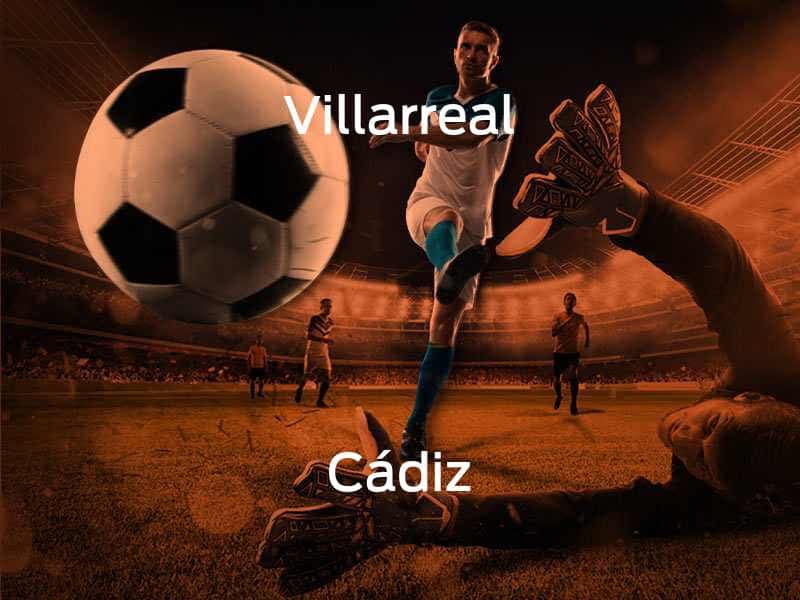 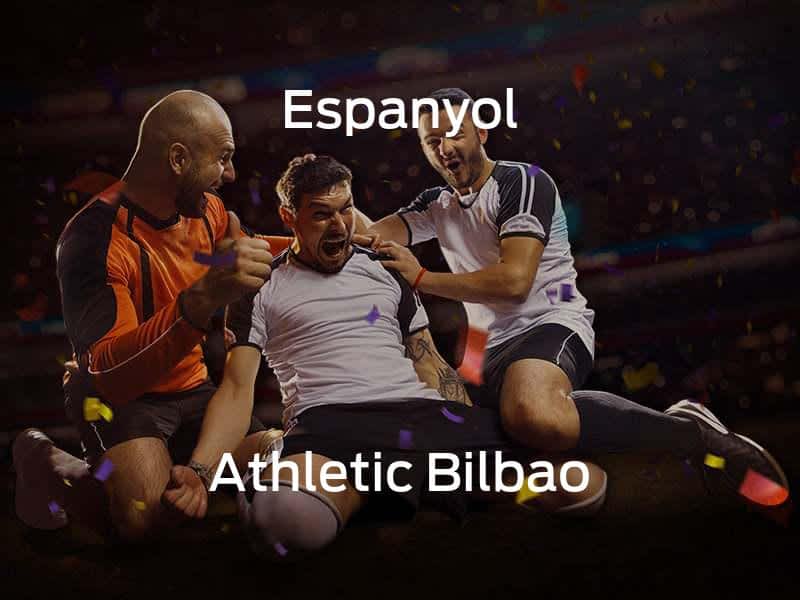 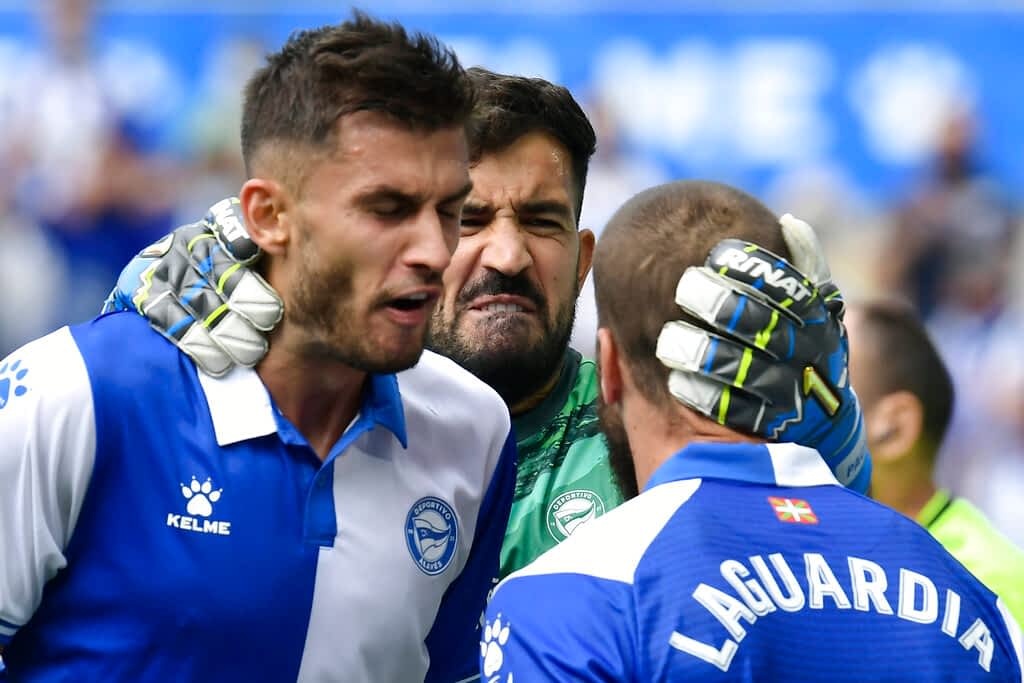 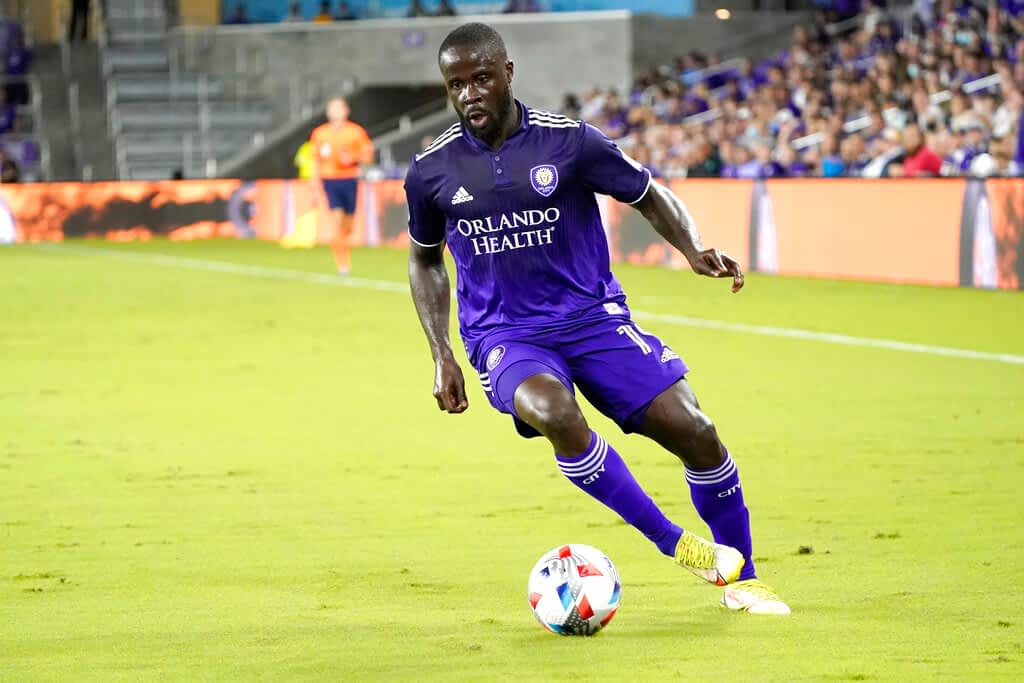 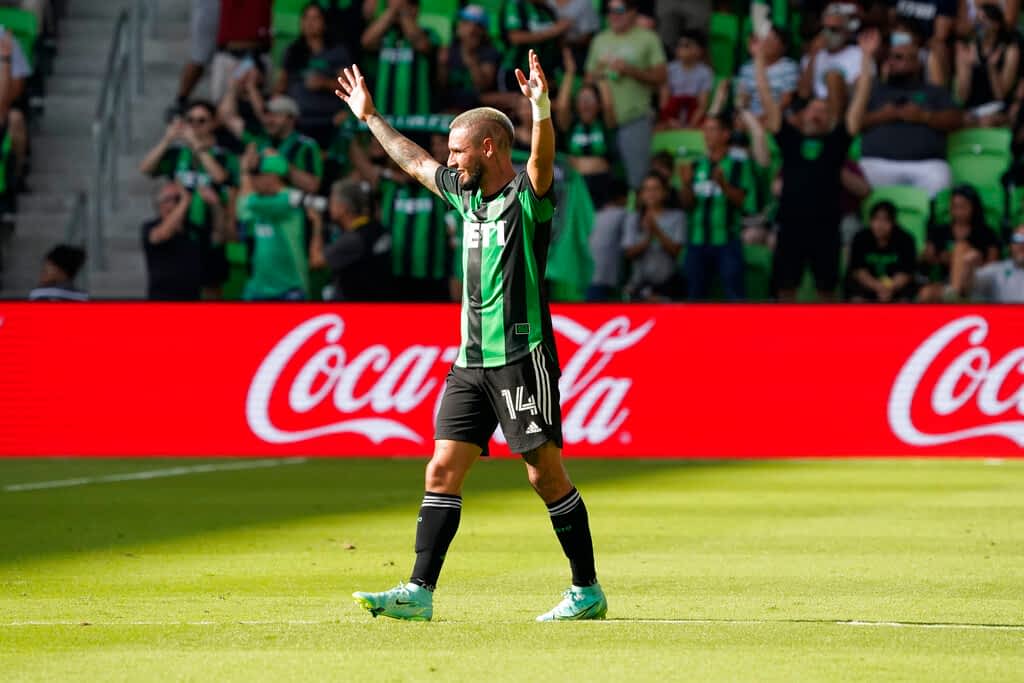 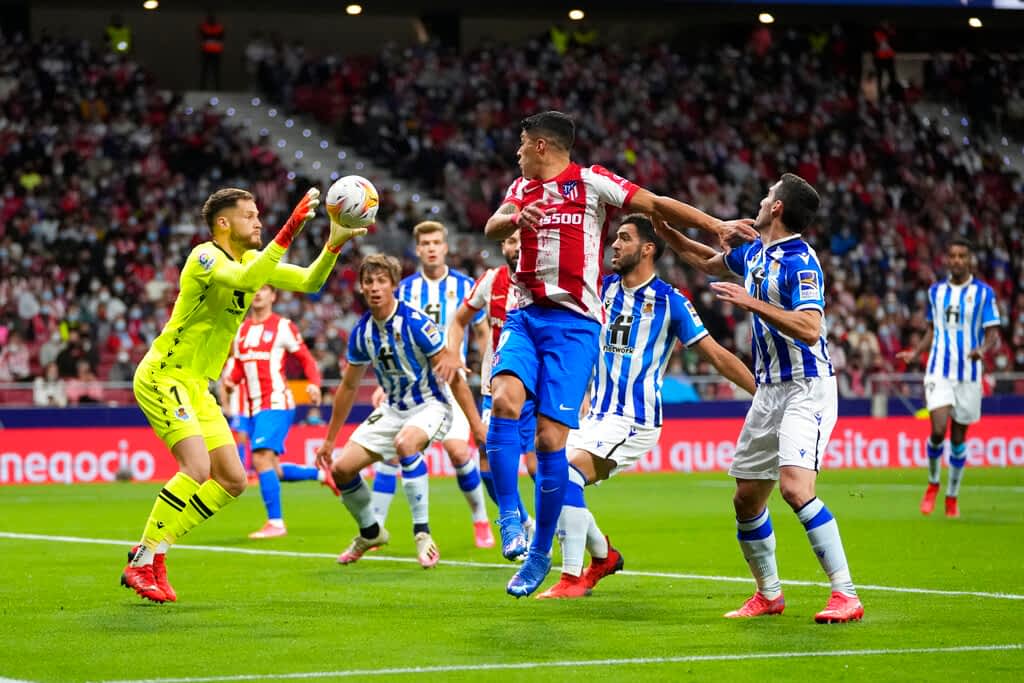 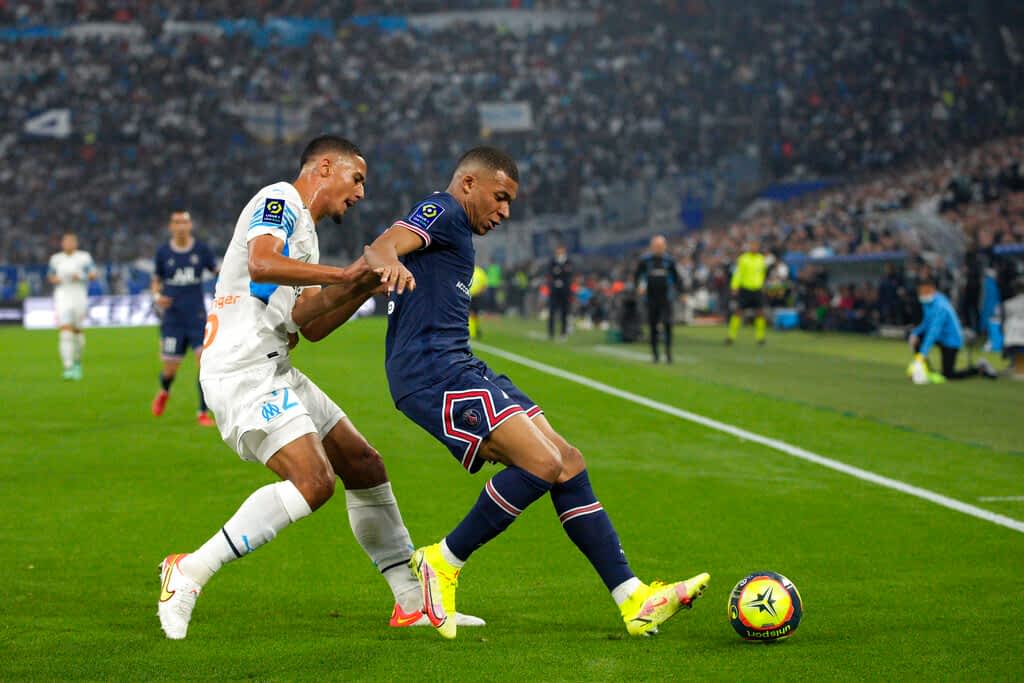 Italy’s Serie A is steeped in history and it is one of the biggest European football leagues that there is. It’s where famous clubs like Juventus, Inter and AC Milan battle for the scudetto, the league title. With intensely fierce derby matches and legendary players earning cult status among supporters, Serie A is a passion-filled football league.

All of the latest sports news from Serie A can be found right here and that can be useful, up-to-date information to use for football betting. We deliver all the latest team news, Serie A results and in-depth reviews of how matches from the Italian top-flight have played out.

Putting the spotlight on Serie A

With such a long and storied history, Serie A remains as one of the best-loved European leagues around. One of the big features of Serie A matches is the vociferous, passionate support that the teams pack into the stadiums. Serie A has gone through a lot of changes over time and it has often been at the forefront of new, progressive styles of football.

It was the league that put the stamp on pragmatic, defensive-minded football, but during other periods it has also pushed the boundaries of creative free-flowing attacking styles. While some of the leagues around Europe look for the development of youth, Serie A has often taken a different approach.

In Serie A, there has generally been a pull to bring in more experienced talent from across Europe. In a way that has bolstered the status of the game in the country, as the Italian league attracts proven talent that a lot of people are already familiar with. That’s also true of the managerial positions being filled by some of the biggest names in the business.

There have also been European club champions produced by Serie A, with Juventus, Inter and AC Milan all having won UEFA’s top club competition, the European Cup. The race for European places is one of the most intriguing and closely fought contests in Serie A, and no team wants to suffer the despair of relegation away from the spotlight.

Serie A is top of the football pyramid in Italy and the title is called the scudetto. The literal translation of scudetto is “little shield”. Some team shirts in the Italian league are emblazoned with a shield of the Italian flag. That is the scudetto, a visual indication that the club has at some time during its history won the league title.

The scudetto decoration was started in the 1920s and has been used ever since. These days, when people use the term scudetto, it informally refers to just a team being the league champions as opposed to anything to do with its literal translation.

Serie A consists of 20 teams, who play each other twice in a round-robin format during a season. The league action in Serie A is halted for a couple of weeks in late December through early January for a winter break.

The top four finishers at the end of a league campaign all qualify for the UEFA Champions League, while there are a couple of places available in the Europa League and the Europa Conference League.

At the other end of the table in a Serie A season, three teams are automatically relegated to the second tier, Serie B.

Great Serie A teams and rivalries

One of the greatest European club football rivalries anywhere appears in Serie A fixtures. That is the duel between the two San Siro clubs, Inter Milan and AC Milan. The fact that the two clubs share the famous stadium just adds extra spice to this brilliant Italian derby match.

The fixtures between the two former UEFA European Cup champions pull in massive attention from across the world whenever they crop up. It is a fantastic city derby to look forward to. But that’s not the only great rivalry that happens in Italy.

There is a famous derby between Turin based clubs Juventus and Torino, which is one of the fiercest rivalries that there is around in the country. There’s also the big matter of the bragging rights to be the best in the capital as well. The Rome derby in Serie A fixtures is between Lazio and Roma.

The oldest derby match that is played in Serie A is between Genoa and Sampdoria, known as the Derby della Lanterna. There are many more old rivalries that go back deep into the history of Serie A. It’s often that history, that sense of being in touch with season’s past that keeps Serie A so well supported in the modern-day.

Any football fan scouring through the list of Serie A fixtures will probably recognise the likes of Juventus and Inter Milan. They are among the big clubs of Serie A and indeed, those two are the most successful clubs in Italy. That is why there has been a great rivalry formed between the two giants of Italian football.

It’s teams like Juventus, AC Milan, Inter, Lazio, Napoli and Roma that you will see in the modern age, fighting for the main honours. If it’s not the scudetto that is in touch for those clubs, it’s a UEFA Champions League place that is the secondary big target.

Some of the clubs considered to be the big teams of Serie A:

A brief history of Serie A

Serie A started life as a regional competition, with the clubs not having to travel countrywide to compete with other teams. The competition was started in 1898 and with the growth of football teams wanting to get in on the action, things had to change over time.

It was in the 1929-30 season that the Serie A format as it is known today was started. That’s when it moved to the round-robin format between national teams after southern and northern teams all came together in one competition.

It wasn’t until the conclusion of the 2005 season that the title-winning team in Italy received an on-pitch ceremony of being awarded a trophy. That title trophy for Serie A is called the Coppa Campioni d’Italia. The three-point system for a win was introduced at the start of the 1994 season.

All of the articles here covering the latest sports news and Serie A results and fixtures, allow readers to stay up to date with all of the latest from the famous Italian league. The weekend is usually a busy time for matches from the Italian top flight. Sunday is a particularly big day for football in the country. But there are often times where midweek action comes into play as well.

The information from our Serie A news can help when it comes to putting the pieces of forthcoming matches together for football betting purposes. Having the latest team news and good analysis-based reviews of how teams have been performing, can go a long way to filling in some of those blanks.

Who are the most successful teams in Serie A?

In terms of winning the league title, then the most successful team in the Italian Serie A is Juventus. They are the only team to have earned the scudetto on more than 30 occasions. It is a remarkable history that Juve, who is nicknamed “The Old Lady ” have in the division. In an astonishing period of dominance, they won the league title nine times in a row from 2012 through to 2020. Their reign ended when Inter Milan lifted the trophy in 2021.

Teams to have won Serie A more than 5 times:

Rivals Inter and AC Milan are the next most successful clubs in Serie A. Besides Juventus, they are the only two teams to have won the title on more than ten occasions. When it comes down to bragging rights between Italian cities, Turin has produced more title winners than Milan.

Who are some famous Italian Serie A players?

Some of the greatest players on the planet have at one time or another, played in Serie A. Among the greats is goalkeeper Gianluigi Buffon who is the record holder for the most appearances in the Italian league, playing on beyond his 40th birthday. Most of his career was spent with Juventus.

Other famous names from the annals of Serie A history are striker Paolo Rossi, the great left-back Paolo Maldini who was a one-club man with AC Milan, and striker Francesco Totti who only played for Roma throughout his entire career.

Also worthy of mention are goalkeeper Dino Zoff (who still holds the record of being the oldest player to win the World Cup at 40 years old), Roberto Mancini and 1993 FIFA World Player of the Year Roberto Baggio.

The all-time leading goalscorer in the Italian top flight is Silvio Piola who finished his career in 1954. Famous non-Italian players to have played in the Italian top-flight include Lothar Matthäus, Marco van Basten, Zinedine Zidane and Brazilian legend Ronaldo.

Which teams have spent the most time in Serie A?

Since the modern era of Serie A was started in 1929, Inter Milan are the only club to have participated in every season of the competition. Juventus and Roma have missed just one season in the top flight apiece, with AC Milan having only been out of Serie A for two seasons in total.