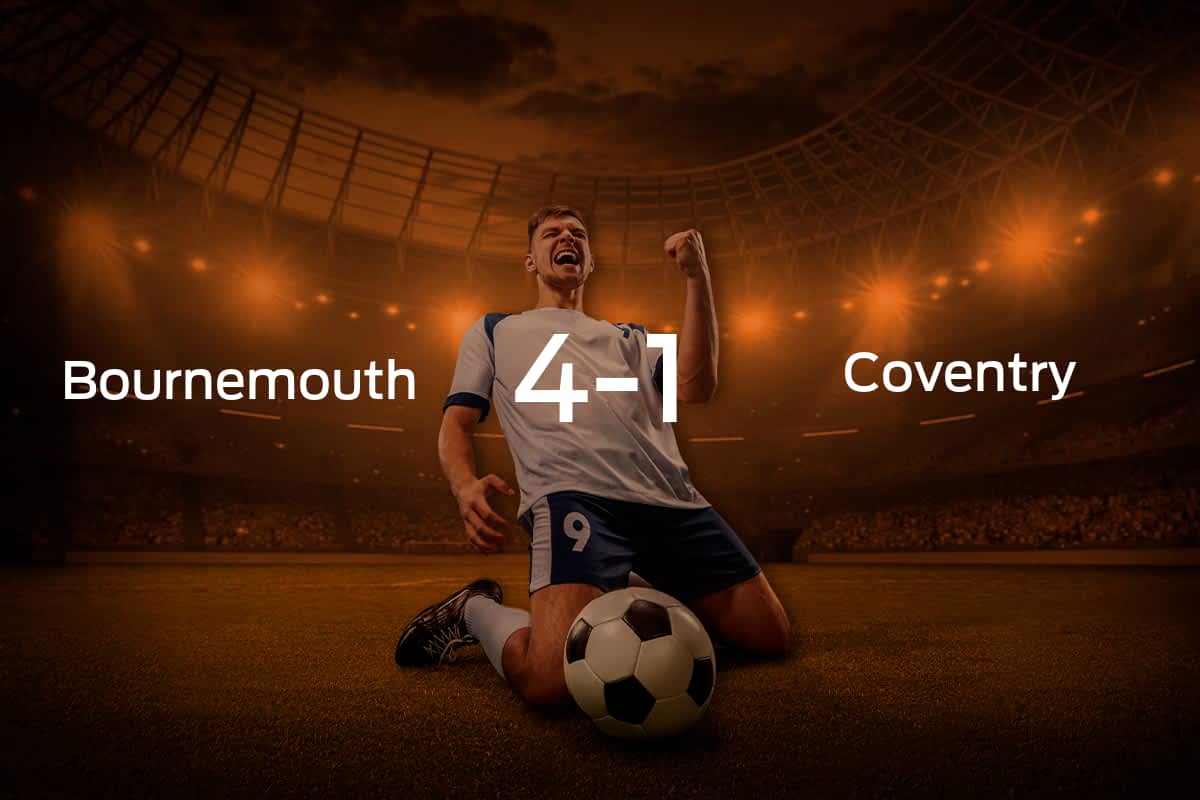 Bournemouth defeat Coventry City 4-1 on Saturday at the Vitality Stadium. Both teams arrived in good form, having secured victories in their previous matches. Bournemouth were looking to pick up points after winning their previous two matches against Blackburn Rovers away and Middlesbrough at home, by 2-0 and 3-1 respectively. Coventry were able to continue their winning streak after a 3-1 win against Bristol City in their last match. At the moment, Bournemouth are in 6th place, with 68 points from 41 matches, while Coventry sit in 21st, with 42 points from 41.

Bournemouth started strongly in the first half, with an early goal from Arnaut Danjuma in the 1st minute. However, they were unable to maintain their lead, Matty James managed to equalize and take the sides off 3 minutes into the game at 1-1. However, The Cherries secured the points emphatically, with a second effort from Arnaut Danjuma at the 28 minute mark, finalising the first half 2-1.

Bournemouth continued to apply pressure in the second and were rewarded, with a goal from David Brooks at the 69 minute mark. However they weren’t finished yet and Dominic Solanke made it 4-1 just before the final whistle to make it 4-1.

The referee booked one player from Coventry, Leo Ostigard.

Bournemouth will next play Norwich City away, with Coventry facing Barnsley at home.

Bournemouth 0-1 Brentford: The Cherries defeated 1-0 at home by The Bees

Millwall 1-4 Bournemouth: Bournemouth ease to comfortable win over Millwall 4-1 at the Den

Bournemouth 0-1 Brentford: The Cherries defeated 1-0 at home by The Bees

Millwall 1-4 Bournemouth: Bournemouth ease to comfortable win over Millwall 4-1 at the Den