Bayern Munich 5-1 Cologne – Depleted Cologne stunned by Bayern Munich, in a 5-1 defeat at The Allianz Arena 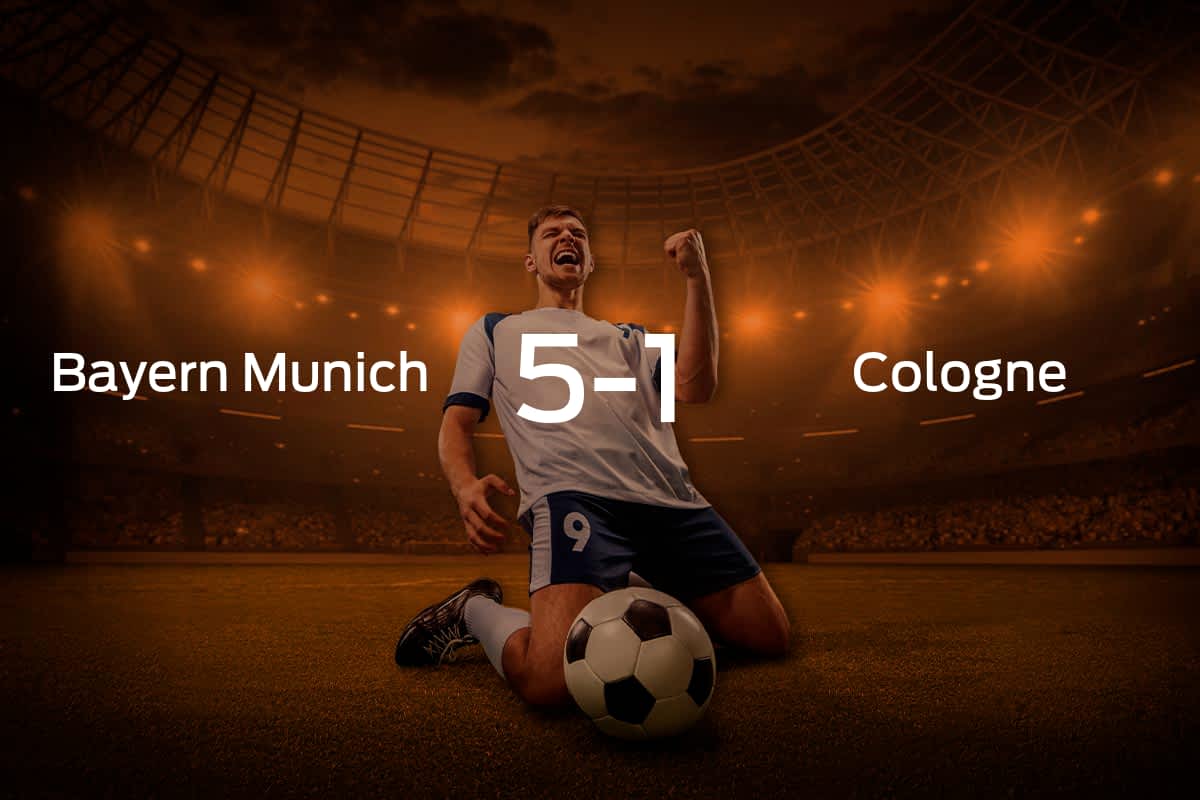 Bayern on a 5-1 win against Cologne on Saturday at The Allianz Arena. Both Bayern Munich and Cologne arrived at the match from previous defeats in the league. Bayern Munich were looking forward to meeting again, following a previous defeat to Eintracht Frankfurt. Cologne lost 1-0 in the last match they played against Stuttgart. As the table looks today, Bayern Munich are in 1st place, with 52 points from 23 matches, while Cologne sit in 14th, with 21 points from 23.

Bayern Munich started the first half well, with Eric Maxim Choupo-Moting opening the rout, 18 minutes in. Later, Bayern Munich took the lead with a goal form a goal from Robert Lewandowski, 33 minutes in, to take a 2-0 lead into half time.

The second half started all good for Cologne, with early goal from Ellyes Skhiri in the 49th minute. Bayern Munich increased their advantage thanks to a new goal from Robert Lewandowski, scoring his second goal, 65 minutes in to establish the 3-1. Later, Bayern Munich scored again thanks to a goal from Serge Gnabry in the 82nd minute to establish the 4-1. Later, Bayern Munich scored again and increased their lead thanks to another goal from Serge Gnabry, scoring his second goal in the 86th minute just before the final whistle, sealing a resounding 5-1 victory for the home side.

There were bookings for David Alaba and Leroy Sane from Bayern and Rafael Czichos for Cologne.

Cologne and Bayern Munich will next play at home to Werder Bremen and Borussia Dortmund respectively.

Mainz 2-1 Bayern Munich – Visitors leave with nothing, as The 05ers secure 2-1 home win against The Reds

Bayer Leverkusen 3-0 Cologne – No reply from The Billy Goats, as The Company XI rampage to 3

Wolfsburg 2-3 Bayern Munich: The Wolves defeated 3-2 at home by The Reds

Mainz 2-1 Bayern Munich – Visitors leave with nothing, as The 05ers secure 2-1 home win against The Reds

Bayer Leverkusen 3-0 Cologne – No reply from The Billy Goats, as The Company XI rampage to 3

Wolfsburg 2-3 Bayern Munich: The Wolves defeated 3-2 at home by The Reds

Bayern Munich 1-1 Union Berlin – Points shared, as The Reds play out a 1-1 draw at the Allianz Arena

Cologne 1 – Leipzig 1: Honours even and points shared at the Rhein Energie Stadion

Augsburg 1 – Gladbach 0: The Colts unable to avoid defeat at the WWK Arena

Arminia 0 – Hoffenheim 0- Victory and goals elusive for both sides